Rupert was rescued from a reservoir by Danny and the local police. He was and is frightened of people. He has been looked after by Kay and Steve for the last couple of months. Still very nervous of people. A big softie he is and has shown no aggression to anyone or other dogs in spite of his frightened state. Today he left for the UK where he is going to a lady who will spend the time needed to rehabilitate him before he goes to a home. Thanks to everyone who has helped with him and made this possible. 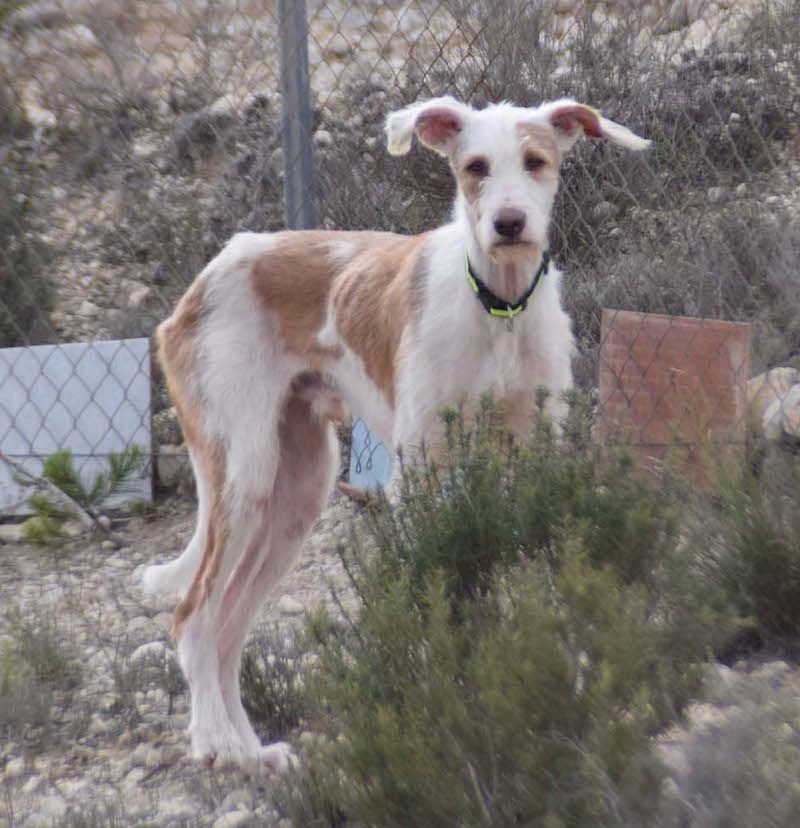