This Bretton spaniel, called Sugar! was found yesterday she is almost bald due to flea and tick infestation. She has a large hernia under her belly, a sorry state. She did have a chip, the owner was contacted, when he attended at the vets he told her to put the dog down. Looks like she had been a hunter but no longer up to it. The vet contacted HOVAR as she did not see any need to to put her to sleep as her problems could be solved. She is eight years old. So we agreed to pay the bills and Rebecca has found a Spanish lady to foster her. Hopefully in a few weeks she will be fit for a home. The owner of course was only too willing to sign her over as he then didn't even have the euthanasia costs! 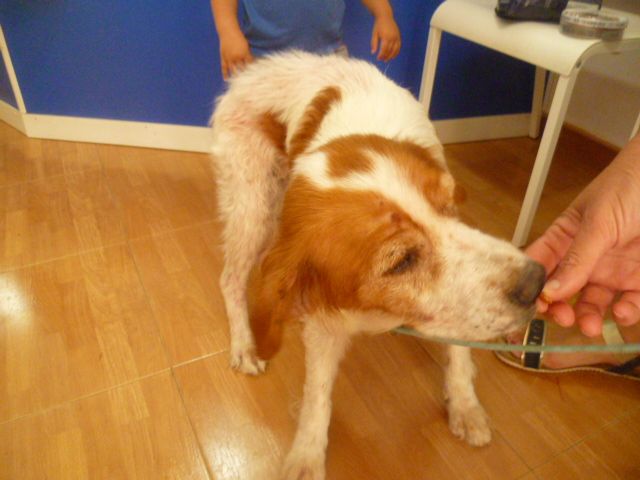 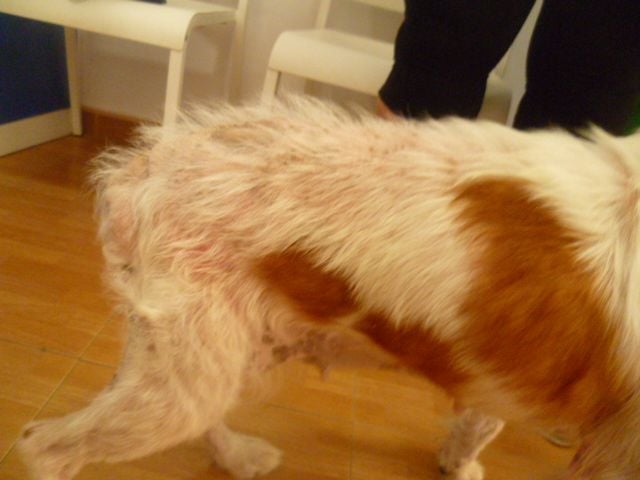